Visit msnbc.com for breaking news, world news, and news about the economy

"I will miss you, brother" 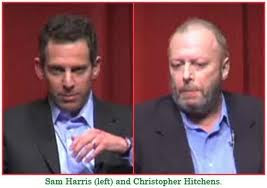 "One of the joys of living in a world filled with stupidity and hypocrisy was to see Hitch respond. That pleasure is now denied us. The problems that drew his attention remain—and so does the record of his brilliance, courage, erudition, and good humor in the face of outrage. But his absence will leave an enormous void in the years to come. Hitch lived an extraordinarily large life. (Read his memoir, Hitch-22, and marvel.) It was too short, to be sure—and one can only imagine what another two decades might have brought out of him—but Hitch produced more fine work, read more books, met more interesting people, and won more arguments than most of us could in several centuries." 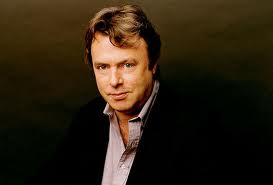 "I was rather nervous when I first met him, one night in London in 1977, along with his great friend Martin Amis. I had read his journalism and was already in awe of his brilliance and wit and couldn't think what on earth I could bring to his table. I don't know if he sensed the diffidence on my part—no, of course he did; he never missed anything—but he set me instantly at ease, and so began one of the great friendships and benisons of my life. It occurs to me that "benison" is a word I first learned from Christopher, along with so much else."

"A resolution to spend time at least once a year in "a country less fortunate than [his] own" spurred him to witness the stirrings of revolution in Portugal and Poland, as well as counter-revolution in Argentina. His mother's death in Athens, killing herself in a suicide pact with her lover, saw him reporting on the overthrow of the Greek junta in 1973."

Hitchens confronted his disease in part by writing, bringing the same unsparing insight to his mortality that he had directed at so many other subjects. Over the years, Hitchens' caustic attention was directed at a broad range of subjects, including Henry Kissinger, Prince Charles, Bob Hope, Michael Moore, the Dalai Lama and Mother Teresa."

"Eloquent and intemperate, bawdy and urbane, he was an acknowledged contrarian and contradiction—half-Christian, half-Jewish and fully non-believing; a native of England who settled in America; a former Trotskyite who backed the Iraq war and supported George W. Bush. ... He was a militant humanist who believed in pluralism and racial justice and freedom of speech, big cities and fine art and the willingness to stand the consequences. He was smacked in the rear by then-British Prime Minister Margaret Thatcher and beaten up in Beirut. He once submitted to waterboarding to prove that it was indeed torture."

"[A] slashing polemicist in the tradition of Thomas Paine and George Orwell who trained his sights on targets as various as Henry Kissinger, the British monarchy and Mother Teresa, wrote a best-seller attacking religious belief, and dismayed his former comrades on the left by enthusiastically supporting the American-led war in Iraq."

"He was, in the parlance of his old party, our maximum journalist. As his profession goes through Lord Leveson's wringer, the death of Christopher Hitchens at the age of 62, is a reminder that journalism can be a noble calling and that, in answering its call, it is not necessary for its finest practitioners to hack into your telephone."

"Editing Christopher Hitchens ... was the easiest job in journalism. He never filed late—in fact, he was usually early, even when he was clearly very sick—and he managed to make his work seem like a great lark. His weekly e-mails always read the same jaunty way: "Herewith. Hope it serves, As always, Christopher.""

"Hitchens [was] a sharp-witted provocateur who used his formidable learning, biting wit and muscular prose style to skewer what he considered high-placed hypocrites, craven lackeys of the right and left, "Islamic fascists" and religious faith of any kind."

"Hitchens became the public face of atheism. Critics assumed his cancer diagnosis, in 2010, would lead Hitchens to relent and embrace God. But he remained a proud non-believer to the very end, as he made clear in an early October 2011 speech at the annual Atheist Alliance of America convention in Houston, as he accepted the Freethinker of the Year Award. His body gaunt from the ravages of cancer, Hitchens said, "We have the same job we always had: to say that there are no final solutions; there is no absolute truth; there is no supreme leader; there is no totalitarian solution that says if you would just give up your freedom of inquiry, if you would just give up, if you would simply abandon your critical faculties, the world of idiotic bliss can be yours.""

"Hitchens was a throwback to the Norman Maileresque vision of the writer as macho, brilliant, argumentative [and], critically, hard-living."

"For an aspiring journalist in Washington, nothing could be headier than Christopher's boozy instruction in radical politics and contemporary literature."

"Anyone who believes in the power of words will miss Hitchens."

"He's the only writer that I've ever written a fan letter to."

"To read him was to be deeply impressed—envious, if you were a writer yourself—and at some point to have been deeply pissed off by him."

"For a contrarian, Christopher Hitchens could be a terrific conversationalist."

"Hitchens [was the] finest orator of our time, fellow horseman, valiant fighter against all tyrants including God."

"At the end, Hitchens was more engaged, relentless, hilarious, observant, and intelligent than just about everyone else—just as he had been for the last four decades." 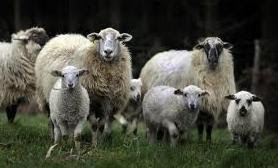